Over the last couple of years there are a few series that I’ve been meaning to finish. But honestly? I haven’t pushed myself to get to them because I’ve not been feeling motivated by the world, plot, or characters.

Other exciting, new series and standalones keep coming out and I’ve been focusing on them instead. The more time that passes since their release, the less likely I am to get to these series.

I enjoyed the first book in this trilogy when I first read it, but it’s been a long time since I picked it up. I checked my Goodreads and I read it in 2014, so six years ago. I’ve had the sequel on my shelves for at least three years and I’ve made no move to read it.

It’s not that I don’t think I’d enjoy the rest of the series, but with the ARCs I currently have to read and other newly released books coming out, Ice like Fire is getting edged further and further down my TBR.

Honestly, Graceling is still one of my favourite fantasy novels. Ever. I remember binge reading most of it at the airport while waiting for a flight and I was completely captivated.

I liked Fire, but I didn’t love it in the same way I loved Graceling. And then there’s Bitterblue.

I’m not as interested in this one, and I think it’s because the characters from the first two books aren’t central to the third novel. I liked Bitterblue’s character in the other books, but she was young and I didn’t get much personality from her.

BUT. Recently Kristin Cashore announced another book set in the Graceling world which made me to reconsider finishing this series. If I need to read Bitterblue for the next book to make sense, then I’ll definitely do it.

I only have the final book left to read in this series. But I just don’t think I can do it.

It’s been so long since I read the penultimate book, and I’m just not that interested in Cassandra Clare’s writing/world any more (sorry!).

Part of me thinks I should read it just to get closure on a series I enjoyed when I was 16/17 years old, but I have very little motivation to do so unfortunately.

I feel the same way about Lady Midnight as I do about City of Bones in terms of a lack of motivation. The difference is, I’ve never actually started this series…

I own the first two books, but I was waiting to finish City of Heavenly Fire before I started them. And since I’ve not read that…I never actually picked up this series. And now the series is finished, I’m just not sure I will. *hides* 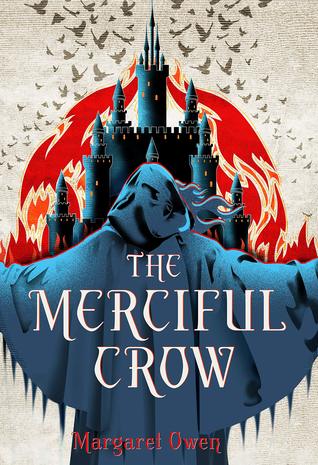 I read The Merciful Crow on audio last year and I liked it, but I didn’t love it. The story just didn’t captivate me in the way that I hoped it would, so I’m not feeling in the mood to pick up the second book when it releases later this month.

I may get to it at some point if I have a cap in my TBR and want to fill it with an audiobook, but it’s just not that high up on my priority list.

I read Truthwitch quite a few years ago and I found the writing style a bit clunky, but I liked the characters a lot and had every intention of carry on with it.

But other series ended up taking precedent, and I’ve never managed to pick up Windwitch. It is on Scribd though, so I might potentially get back into the series at some point.

There’s definitely a chance that I’ll finish some of these series, but they’re not high priorities, so a couple of them might end up dropping off my TBR.

Are there any series you need to finish? Do you think I should prioritize any of these?