I don’t have many favourite opening lines, so I thought I’d share some of my general favourite books quotes instead.

A Darker Shade of Magic

“I would rather die on an adventure than live standing still.”

“We are travellers on a cosmic journey, stardust, swirling and dancing in the eddies and whirlpools of infinity. Life is eternal. We have stopped for a moment to encounter each other, to meet, to love, to share. This is a precious moment. It is a little parenthesis in eternity.”

“He tasted dusty and sweet. He tasted like regret in the shadows of trees and in the glow of the anarchist’s suit collection. She kissed him long and soft, and when she pulled herself away, she touched his mouth with her fingers…She did not say goodbye. She was incapable, and after a few more minutes at his side, she was able to tear herself from the ground. It amazes me what humans can do, even when streams are flowing down their faces and they stagger on…”

“The next slide is titled: ‘Exploring your sexuality: Healthy, but does it have to be with the Prince of England?’ She apologizes for not having time to come up with better titles. Alex actively wishes for the sweet release of death.”

This is How You Lose the Time War

“I want to drink tea beside you in ten years or a thousand. Flowers grow far away on a planet they’ll call Cephalus, and these flowers bloom once a century, when the living star and its black-hole binary enter conjunction. I want to fix you a bouquet of them, gathered across eight hundred thousand years, so you can draw our whole engagement in a single breath, all the ages we’ve shaped together.”

The Priory of the Orange Tree

“No woman should be made to fear that she was not enough.”

We Should All Be Feminists

“We spend too much time teaching girls to worry about what boys think of them. But the reverse is not the case. We don’t teach boys to care about being likable. We spend too much time telling girls that they cannot be angry or aggressive or tough, which is bad enough, but then we turn around and either praise or excuse men for the same reasons. All over the world, there are so many magazine articles and books telling women what to do, how to be and not to be, in order to attract or please men. There are far fewer guides for men about pleasing women.” 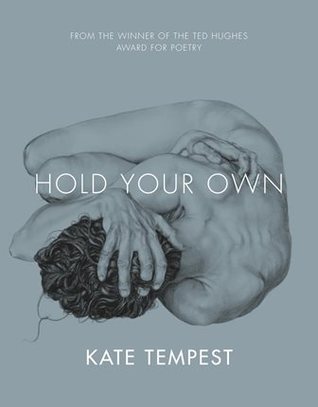 “And the days are all dust
and the only thing worse
than losing the trust
of a lover is finding the rust
in their kiss.”

The Hate U Give

“Sometimes you can do everything right and things will still go wrong. The key is to never stop doing right.”

Everything Leads to You

“The best things aren’t perfectly constructed. They aren’t illusions. they aren’t larger than life. They are life.”

What are some of your favourite quotes? Have you read any of these?