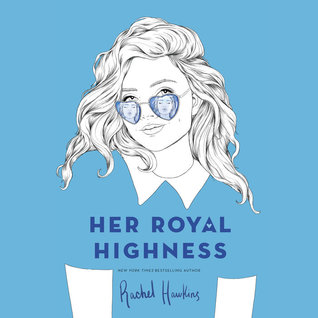 Her Royal Highness // 3 stars // Audiobook
This was my first audiobook of 2020 and I really enjoyed the narration.

The different accents the narrator put on for different characters were really fun and I liked the way she was able to switch between them instantaneously.

The plot was pretty simple and some of the details about Scotland and the Isle of Skye weren’t accurate, but I enjoyed the sapphic romance a lot. I guess I’m just a sucker for royal romances. 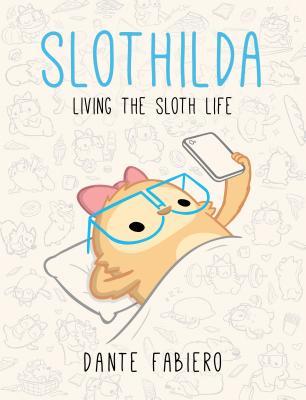 Slothilda // 3 stars // E-book
This was a very cute illustrated quite to the ‘sloth life’.

Some of the comics made me chuckle and I’m a big fan of the sweet drawing style and soft colours.

I would have liked a few longer/more in depth comic strips, but I did enjoy a lot of these, especially the ones that included Slothilda’s dog, Peanut. 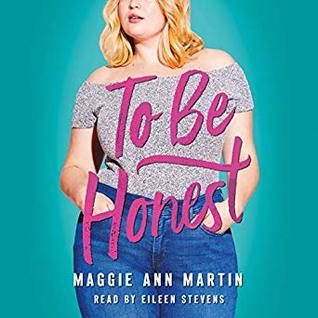 To Be Honest // 3.5 stars // Audiobook
The narrative in this book was earnest and really developed the inner thoughts of Savannah, the MC. I liked Savannah’s growing confidence in her personality and body as the novel progressed and her romance with George was sweet, if slightly under-developed.

Some of the best parts of this book were the discussions around food and plus size bodies. The author shows how restricted eating can become toxic, and challenges the stigma surrounding being fat.

She advocates body-positivity at every turn and condemns negativity towards plus size people. I can’t speak to the accuracy of the rep, but the way it was written felt very accepting and encouraging of all body sizes. 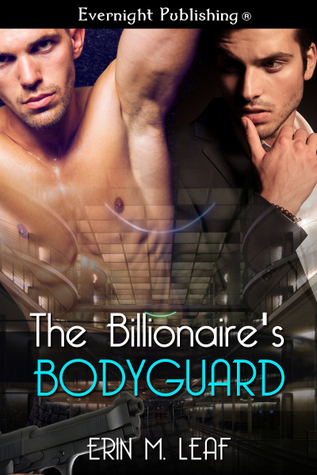 The Billionaire’s Bodyguard // 2 stars // E-book
I randomly came across this on Scribd and thought I’d give it a go since it’s a queer romance. And the romance was certainly fun with a good ‘will-they-won’t-they’ build up.

But the plot was way too simple and the characters felt one dimensional. Aside from knowing that they liked each other we find out very little else about them. None of their hobbies or interests are discussed. I even remember if they had surnames.

Although the romantic tension was good, ultimately I don’t think I’ll remember this book in a year’s time. 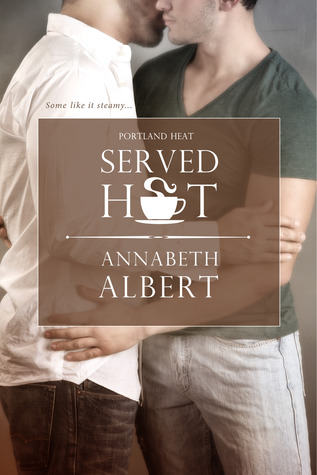 Served Hot // 3 stars // E-book
This was a fun romance about a guy who runs a coffee cart falling for one of his customers.

The plot was pretty basic, but the build up between the main characters before the declared their feelings for one another was enjoyable.

Their characters were more realistic than those in The Billionaire’s Bodyguard. Robbie was surprisingly funny and endearing, but I found David a little dull.

Having said that, I did find the mystery of David’s past intriguing. There was definitely some unnecessary angst because they just didn’t talk to each other about their worries and problems, but it was a cheerful read on the whole. 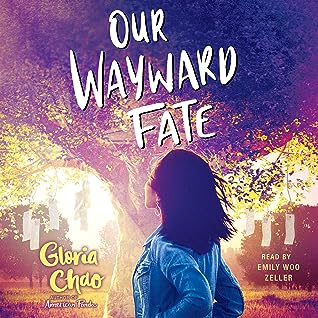 Our Wayward Fate // 3.5 stars // Audiobook
I read this on audio and I enjoyed the inclusion of all the Chinese language sections, as well as the side chapters detailing the story of The Butterfly Lovers.

I liked Ali’s fiery, stubborn persona, and the fact that she wasn’t afraid to stand up for what she believed in. I wasn’t a huge fan of Chase at first (mainly because he was kind of rude to Ali?), but he grew on me as the novel progressed. Some of my favourite scenes where when Ali, Chase, and Yun were all hanging out together. I couldn’t stand Ali’s friends because they were so racist and ignorant???

So, of course, I thoroughly enjoyed it when she and Chase took them down a notch. Incorrect, offensive stereotypes were challenged throughout the novel and racism was consistently called out.

My only real issues with the book were that the writing style didn’t wow me and the narrative pacing was inconsistent. I also thought the romance was borderline insta-love, but I can forgive that because it was pretty cute. Overall a fun read, but perhaps not as memorable as I was hoping for. 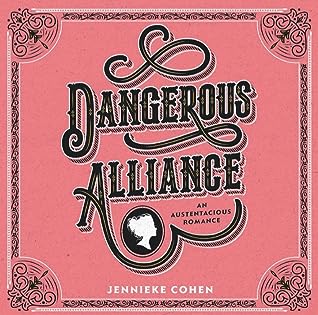 Dangerous Alliance // 4 stars // Audiobook
This was SUCH a fun read. I loved Vicky as the main character and Tom grew on me. (Also it’s estranged friends-to-lovers, which I was 100% down for.)

The audiobook narrator did a great job at bringing each character’s personality to life and embedding just the right emotion in every scene. The mystery gradually unravelled to reveal the truth as the book progressed and I thoroughly enjoyed some of the twists towards the end.

I haven’t read many historical romances recently, but I loved the nods to period dress and customs, and Jane Austin’s novels. This book was dramatic, exciting, and had a satisfying ending. It’s been a while since I’ve been actively excited to pick up a book and continue reading it at every chance I get, but this book gave me that feeling. 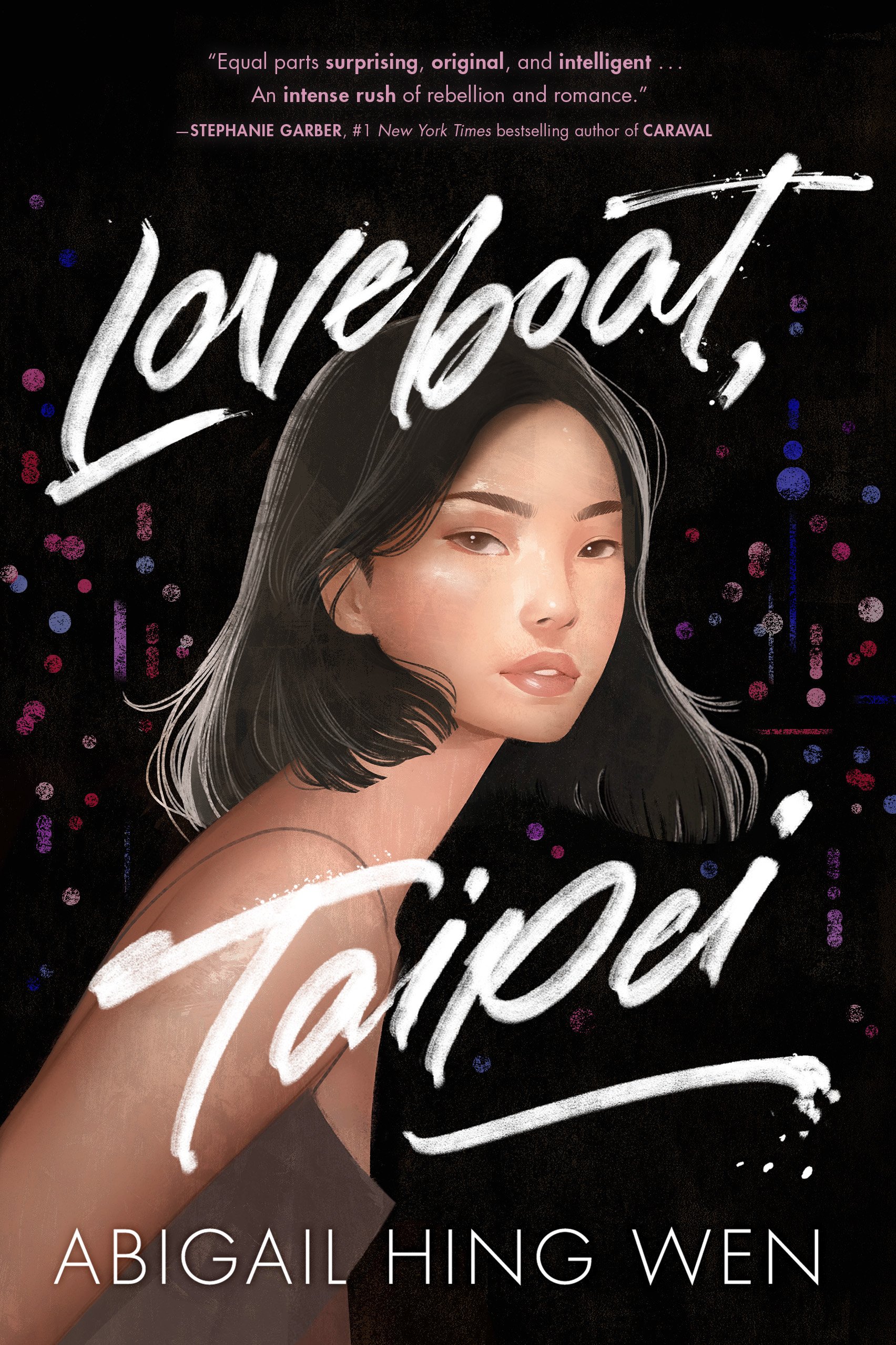 Loveboat, Taipei // 4.5 stars // ARC
I don’t even know where to begin with how much I enjoyed this book. It was excellent.

It has action, romance, drama, and discussions of race, identity, and relationships. Abigail Hing Wen’s writing style is sublime, lifting emotions right out of the page and making you really feel everything Ever feels. She describes everything in such detail that I could see Taipei and feel its buzz.

The discussions of Asian-American identities and what it means to be Chinese-American were insightful and contemplative, exploring the ways parents and children need to try to understand each other better, but also the ways Westerners and white people need to stop reinforcing stereotypes about Asian people. I also loved the way the guys Ever was friends with at Chien Tan discussed stereotypes of Asian men in depth and dismantled them with their performances.

This book also wins the award for ‘my first weep of the year’. This was the first book of 2020 that made me fully shed tears over the final chapters. 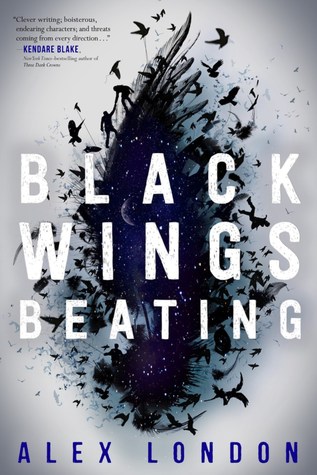 Black Wings Beating // 2.5 stars // Audiobook
I’ve been wanting to read this for ages and I thought I was going to love it, so I was really disappointed when I just… didn’t.

I was expecting a darkly enchanting story of magic, queer romance, and mythical birds, but I didn’t get much of that.

The plot was very straight forward which isn’t always an issue for me, but the problem-solving and resolution came almost too easily for the characters? They went in search of something and seemed to find it very easily.

I also found the dialogue cringey in places and I really didn’t like Bryson’s character. He spent most of the book being entitled and ungrateful to his sister (and others trying to help him) and he didn’t seem to learn from this.

There was no character development where he grew into a better person towards the end? I didn’t mind Kylee but I didn’t like the way she diminished all her achievements for the sake of Byrson’s ego.

Basically, I’m sad because I wanted to love it and didn’t. 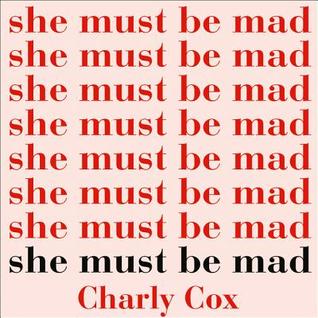 She Must Be Mad // 4 stars // Audiobook
This is a powerful anthology about depression, bodies, and relationships. Charly Cox writes beautifully, discussing the complexities of each subject with the emotion and feeling of someone who’s experienced them.

I listened to this on audio and the poet narrates the audio, which made this even more personal and hard-hitting. Her metaphors are cleverly layered and her thoughts detailed. I loved the feminism woven into the poems about relationships. There’s also an interview at the end of the audio, where Charly explains how the collection developed and how certain poems came to life, and this was really interesting to listen to.

In January I posted my best books of 2019 and my worst. *pours tea and backs away*

I also shared my Christmas book haul and some bookish discoveries I made in 2019.

I took part in two blog tours in January: the Tweet Cute blog tour and the Paper Avalanche tour.

And, I published one of my favourite types of posts. This was my most anticipated releases of 2020, which I split this post into two parts: January to May releases and June to December.

And it was SO MUCH FUN. I got to hang out with friends that I hadn’t seen since July, take Instagram photos, plan content, and Sarah @BookHookedBox revealed the next Book Hooked Box theme. She also gave everyone an ARC to take away, which was a copy of The Queen’s Assassin by Melissa De La Cruz.

January was veganuary *fireworks, party poppers, and klaxons all go off at once* so I’m sure no-one is surprised that I was excited. I went out for some delicious Japanese vegan food at one of my favourute restaurants and I also made my own vegan quiche, which turned out pretty good. (Consistency could have been better, but the taste was niiiiice.)

I also did something I’ve never done before in January.

I’m feeling pretty motivated to achieve it though, and since I’ve already read 10 books, I’m three books ahead of my challenge. Let’s hope I can keep it up for the rest of the year.

The other exciting book-related thing I did in January was join a new library. If you’ve been following me for a while you’ll know that I LOVE libraries and am a big advocate of using them and helping them stay open.

But, due to misinformation, I’d been laboring under the assumption that the library near where I work was shut permanently. So I’d never been to look or investigate. Friends, that was a mistake.

I found out from my manager that the library is open 4 days a week, so the next day I practically sprinted there on my lunch break to go and join. I filled out my details, got my new card, and immediately checked out a book. It was a golden day.

I also discovered (the next week) that the library has an extensive online catalog of YA and fantasy e-books and audiobooks that I can check out for free. It’s been a good month.

10 thoughts on “January 2020 Wrap Up // Audiobooks, veganuary, and joining a new library”