May 14: Page to Screen Freebie

We all know that book-to-movie/book-to-TV adaptations can go one of two ways. They’re either brilliant, or awful and there’s usually no in between.

But recently, I’ve seen a lot of good adaptations, especially from Netflix, which gives me hope for the future that adaptations will continue to get better and better. So I decided to pick ten books that I’d love to see adapted for TV, on the provision that they’re done brilliantly.

Empire of Sand is rich in imagery and magic, with some amazing fight scenes that would look fantastic with the right CGI.

I would love to see the author co-direct this, because I feel like she could really make her vision of the book come alive.

I’m debated with myself before listing this one over whether The Name of the Wind would be better as a TV show or a film. But TV won, because serialised shows often offer more scope for the plot to be followed accurately and in detail.

Especially when the plot is as complex as TNOTW is and there’s a lot of detail that would need to be included for it to be done well.

All the elemental magic in Air Awakens would be so great in a TV show, it would be like a live-action version of Avatar: The Last Airbender (but better than the movie).

The Black Tides of Heaven and the other three books in the Tensorate series would be amazing as a TV show. The dark scintillating world and growing tensions between the Machinists and Tensors would be intense and exciting to watch.

Can you even imagine Priory as a TV show?! It would be astounding. The dragons, the landscapes, the battles. Everything would be so luscious to watch and the political intrigue would make it a thrilling show. Netflix, make it happen.

I’d really like to see the entire Magician’s Guild series adapted for TV, starting with the prequel, The Magician’s Apprentice.

This is set 100 (maybe more) years before the trilogy, and would make a great beginning to the show. It would even be its own separate show and I could see it being a big hit among high fantasy-loving fans.

If I spend too long imagining Graceling brought to life as a fast-paced, action-packed, badass TV show, I get permanent heart eyes.

Seeing the characters’ powers on screen would be GREAT.

Obviously I couldn’t make this list without including one of my favourite series of all time. A Darker Shade of Magic.

And the best part is, it’s actually happening. Victoria is currently working with the production team to adapt the series for TV. While I’m a little nervous because I want it to be done well, the fact that she’s been so involved fills me with hope and makes me excited for what’s to come.

Confession time: I haven’t actually read this book. But from the amount of praise I’ve seen for it and the synopsis (which quite frankly sounds brilliant), I think it would make an excellent TV show. One that I’d definitely watch.

Sorcerer to the Crown is another book that could look visually stunning on TV. It’s more of a historical fantasy than a high fantasy, but the Regency setting would look rich and luxurious with the right CGI and costumes.

The narrative would also translate really well into a solid plot with good exposition and I’d love to see Zacharias and Prunella’s adventures.

Which books would you love to see adapted by Netflix? Have you seen any adaptations recently that you’ve loved (or hated)? 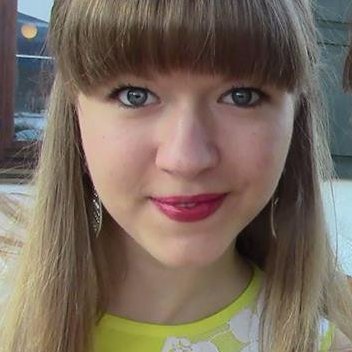 *Little Mermaid voice* Look at these books, aren't they just neat? Wouldn't you think my collection's complete? 😍 My Grandma kindly bought me A Conjuring of Light for Christmas, and it was the last book I needed to complete my set of Shades of Magic collector's editions. These are the UK collector's editions and I absolutely LOVE them. The dust jackets match each other so well and the art inside is just amazing. They look so good together that I just had to take more photos. 😊 Tldr; I adore this series. QOTD: Which special editions do you collect, if you collect them? . . . . #adsom #shadesofmagic #redlondon #adsomfeatures #schwabstagram #veschwab #victoriaschwab #londons #adarkershadeofmagic #agatheringofshadows #aconjuringoflight #collectorsedition #bookblogger #bookcollector #bookaesthetic #pagesandpages #booknerdigans #fantasyreader #cartography #fantasymaps #mapart #bookseverywhere #readingthroughinfinity #fantasybooks
My Dad got this for me for Christmas because he knows I'm trying to be more environmentally conscious and he thought I'd enjoy it. And he was right. It's an ideal book for dipping in and out of and getting a few tips on how to be as green as possible. Some of the suggestions we already do, but others we hadn't thought about, so its given me a few new ideas, which is great. QOTD: What do you do to be environmentally friendly? . . . . #livegreen #ecofriendly #greenearth #nonfictionbooks #savetheenvironment #recyclingideas #sustainabilitymatters #ecotips #jenchillingsworth #quadrille #ecowarriors #earthhour #bookflatlay #bookfeatures #bookaesthetic #greenbooks #readingthroughinfinity #bookblogger #bookcollector #bookblogging #paperrecycling #zerowastegoals #bookstagramuk
Happy release week to A Throne of Swans! This is a brand new YA fantasy about Aderyn, whose family bloodline means she should be able to turn into a swan. But Aderyn hasn't been able to transform for many years, and has kept this secret. When her father dies, she inherits the role of Protector of Atratys, just before her 17th birthday. From there, she must venture to her uncle's ruthless court, keeping her secret hidden while seeking truth and revenge. I was lucky enough to win a copy of this at YALC and I'm looking forward to reading it! QOTD: Which January releases are you looking forward to/have you picked up already? . . . . #athroneofswans #hotkeybooks #yabookstagram #yafantasy #teaandbooks #booksandflowers #bookflatlay #bookblogger #readingthroughinfinity #booknerdigans #readinggoals #readingislife #swansofinstagram #hotkey #januarybooks #yalc #ireadya #fantasyfiction #aderyn #bookbirthday
This is the last of my Christmas photos, I promise 😂 Just before the holidays, the fab people at @pushkin_press sent me these two exciting books. A Woman in the Polar Night is a classic memoir of painter Christiane Ritter's move from Austria to the remote Arctic island, Spitsbergen. She begins her journey horrified at the cold temperatures in her tiny hut, isolation, and lack of equipment. But she soon grows to love the harsh beauty of the island. Miss Island is, similarly, about a woman who moves to a cold, intensely beautiful area. In Reykjavik, she plans to spend her days writing her manuscript and sharing an apartment with her queer friend. But she quickly learns that her field is male dominated, and she'll have to write as an outsider to get to the inside. I'm looking forward especially to picking up Miss Iceland, which releases in June in the UK. QOTD: What are you looking forward to in January? . . . . #missiceland #awomaninthepolarnight #pushkin #pushkinpress #adultfiction #feministbooks #2020books #bookflatlay #bookblogger #readingthroughinfinity #readersofinsta #icelandic #spitsbergen #bookaesthetic #bluebooks #literaryfiction #readingbooks #bookworms #readingeveryday
Four days into 2020 and I'm feeling so excited to pick up new books! 📚 In December, I was lucky enough to be sent a copy of Trapeze by the lovely people at @battenhall. This is one of six YA books that Penguin Random House and Wattpad have partnered to publish. Trapeze follows Corey, who lives and travels with the Cirque Mystique as a trapeze artist. When a tragedy strikes and the circus ends up in flames, she has to learn how to live a new life outside of the circus. Thanks so much to @battenhall for sending me a copy of this! I'm looking forward to picking it up. 😁 QOTD: Which 2019 release do you want to get to soon? . . . . #trapeze #trapezeartist #wattpadstories #penguinrandomhouse #booksandflowers #bookflatlay #readmorebooks #readingthroughinfinity #booksofinsta #alwaysreading #booknookstagram #booknerdigans #booksandbeans #bookdragons #booksandtea #2020books #christmasbooks #greatreads #bookcoverdesign #circusarts #bookstagramuk #bookobsession #ireadya #yabookstagram
Happy new year friends! What are your plans for the first month of 2020? I'm hoping to visit friends and go to a blogging event 😊 I want to say a huge thanks to @theobrienpress for sending me an advance copy of Queen of Coin and Whispers! It follows Lia, a teenage queen, who inherits her corrupt uncle's kingdom and brings a new spy into the court. Xania only takes the job to further her revenge, but when she and Lia come up against sinister plots and enemies they'll have to rely on each other to survive. This is one of my most anticipated releases of 2020 so I'm thrilled to have been sent an early copy. Thank you so much @theobrienpress! QOTD: What's your first read of 2020 going to be? . . . . #queenofcoinandwhispers #obrienpress #yafantasy #happynewyear #newyear2020 #bookblogger #readingthroughinfinity #newyearnewbooks #2020books #booknerdigans #ireadya #bookfeatures #helencorcoran #fantasybooks #youngadultbooks #christmasbooks #bookbloggerlife #readersofig