If I’m honest, I really like standalones because it takes a lot of skill (and courage) to contain a whole story and universe in one book. But there are definitely some standalones where I loved the characters so much that I’d love to see more of them. These are just a few.

With all four of these books, it comes down to the fact that I adored the characters. Their emotional arcs, their adventures, the interactions. Everything. I was 100% invested in them and would love to see more of their lives.

I just need more stories from Asha and Torwin with their dragons and danger. Also Far and the crew in Invictus kind of stole my heart so I’d love to read another story about them. Same with Dimple and Rishi: they’re so cute together that I want more of their hijinks. Thankfully, Sandhya Menon has written a short Christmas story and is releasing another short story later this year, so I can get more of my fill of Dimple and Rishi. 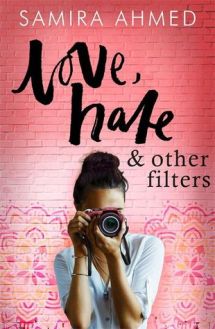 Again, these stories and characters were so captivating that I just want more of them. I also ended up enjoying the wild west setting of Retribution Rails, which I was surprised at, because it’s not something I’ve read before.

Which characters would you like to see more of? Which books would you happily pick up a sequel for?

9 thoughts on “Top Ten Tuesday // Books that deserve sequels (or companion novels, I’d take anything to be honest)”