A couple of months back, I posted about the A Darker Shade of Magic merchandise I’d love to own, so I thought that this time, I’d talk about some of the book boxes I’d love to try. The only book boxes I’ve tried so far are Rainbow Book Box and Illumicrate. I was lucky enough to be chosen as one of Rainbow Book Box’s ambassadors and was sent an early box to promo (spoiler: it was great). I also treated myself to Illumicrate’s Magic and Mayhem box, themed around V. E. Schwab’s books, and it was perfect. But there are plenty of other boxes out there that I think I’d enjoy subscribing too. 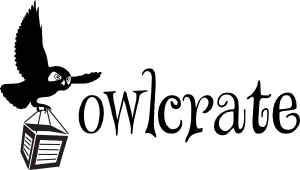 Owlcrate is a book subscription box based in the US that specialises in YA. Their boxes normally include one new US hardback and four to five additional items, such as bookmarks, funko pops, accessories, prints, jewellery, candles, and bookmarks. Owlcrate always seem to have books that I’m interested in and their extra swag items always seem like things I’d use. They also do limited edition boxes that look great, and I wish I’d known about their Vengeful box before last month, otherwise I would have ordered it.

I met the Book Box Club owners Kate and Libby at YALC in 2017 and they were so friendly. I chatted to them about their box and the kind of items they liked to put in and it seemed like something I’d enjoy. What I loved, though, was the fact that they didn’t pressure me into signing up at all. They just chatted about how much they love reading and some of the recent books they’d loved. I admired this, because although I didn’t subscribe at the time, their open, welcoming approach has kept me interested and made me want to sign up and try their box.

Wildest Dreams is run by the lovely Zoe, who decided to set up a YA subscription box with a focus on self care. Her aim was to create a box that was affordable, but also offered the latest releases. What really inspires me about Zoe is her determination and perseverance; she set up Wildest Dreams while dealing with a chronic illness and also running her booktube channel. The books in past WD boxes have intrigued me because some of them hadn’t been on my radar, but when I read the synopsis on Goodreads, they sounded great. 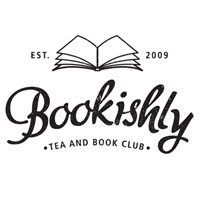 This subscription box appeals to me because it combines two of my favourite things: books and tea. Tea and Book Club offer a vintage classic and a pack of pyramid tea bags, but they don’t stop there. If you’re not a tea person, they offer a coffee and book subscription, and if you don’t like either, you can go for the classic of the month option, and get a Wordsworth classic with a beautiful dustjacket and stationary to boot. 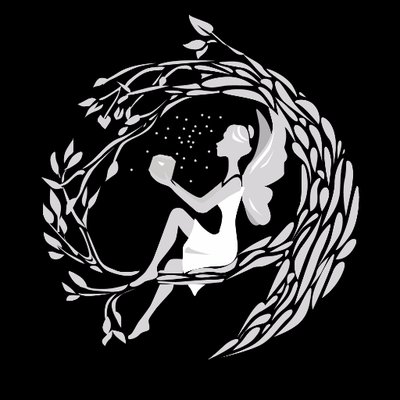 Arguably one of the biggest UK YA boxes, Fairyloot releases their theme for the upcoming month a month (or two) in advance which always gets me excited (even if I’ve never subscribed yet). I love the fact that they give hints and teasers about what the items will be, but try not to give too much away about the book itself. Their boxes usually come with at least six or seven additional ‘swag’ items, including mugs, book sleeves, candles, pins, and bath goodies, and there’s always so much hype surrounding these boxes that I know I’m going to have to try one soon.

Unicorn Crate (what a great name) is another YA subscription box offering a newly released US hardcover. But where they differ from other boxes is that there’s always a unicorn-themed item included in the box. I love this idea because it means you can collect cute fun items that differ each month, but all involve unicorns in some way. They also have a store on their website where you can buy some of the individual bookish goodies that were in previous boxes. Lots of them are unicorn-themed. I’m definitely on board.

This box aims to inspire young women with empowering must-read books. As well as a book that’s considered socially/politically/generally significant, the box includes additional items from independent female, trans, and non-binary artists. This box is one of the ones I’m most keen to try, because it supports diverse artists and promotes social change through reading, which is something I’m passionate about too. 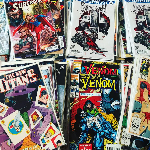 Superhero Crate offers monthly comics and comic book merch from giants such as Marvel and DC. There are two types of single sub box, a showcase box for $17 and an ultimate box for $26. The showcase box contains two back-issue comics, a t-shirt, and other merch, and the ultimate box contains two back-issue comics or a graphic novel, a t-shirt and more additional merch (presumably the second box includes more goodies). Although I’m trying to read more independent graphic novels at the moment, this sounds like something I’d enjoy because I’m a big Marvel fan.

Coming in at the slightly more pricey end of the subscription box scale is this beauty. A bookish subscription box themed around Japanese books, authors, and culture. I only just found out about this recently, and I know it’s more expensive than most boxes, but boy would I love to try this. Each quarterly box contains not one, not two, but three books by Japanese authors and six to seven items straight from Japan. They also do a mini book box, and Japan gift box, and special editions, such as their recent Ghibli box. Goodbye money.

Rare Birds is a UK-based box that aims to make reading more light-hearted and fun. Their aim is to celebrate female authors by sending out contemporary fiction that is worth picking up. They also offer an online community book club just for subscribers, so that once you’ve read your book, you can log on and talk to others about it. They also have their own store with books and merch that you can buy individually. I like the idea of this box because it aims to promote women authors and get readers excited about the latest contemporary fiction.

So that’s my ten for this week! The two I’m currently most likely to try out are Books That Matter and Wildest Dreams, because they’re good value for money and I think both would offer me a new book that I hadn’t considered reading.

Have you tried any book subscription boxes before? Which ones would you recommend? Are there others that didn’t make this list but are worth checking out?