As someone who reads a lot of fantasy, I’ve come to know exactly the sort of villains I like. I need villains to be evil enough to pose an actual threat to the heroes, otherwise there’s no tension during the battles and action scenes. Villains can’t be watery or half-baked, they have to be sharp, dangerous, and cunning enough to be an even match for the protagonist.

With that in mind, these are the villains I chose as some of the most enticing that captivate you from the first page to the last. 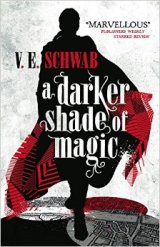 Snow Like Ashes // Angra/The King of Spring // I wouldn’t say I liked Angra as a character, but I enjoyed his attempts to throw everything into chaos. After all, it sometimes takes a malicious character to bring out the best in the good characters, and Meira discovers something key about herself in the fight to stop the King of Spring from taking over all the seasons.

A Darker Shade of Magic // Astrid and Athos Dane // These two are evil incarnate, but they’re some of the best villains around because they’re completely ruthless. As the rulers of white London, they’re cruel, sadistic, and powerful, and it’s their power that made me fear for the lives of my faves. They’re an equal match for Kell and Lila, which makes for a fantastic, heart-stopping showdown at the end of the novel.

This Savage Song // Sloan // Yes, we have two V. E. Schwab books on this list, sue me. I had to include This Savage Song because Sloan is one of the most Machiavellian villains I’ve ever come across in YA fantasy. Again, while I spent most of the book despising his guts, I also enjoyed him as a counterbalance to the good characters and someone to constantly be wary of.

Graceling // King Leck // Once we find out the true extent of Leck’s power and sociopathic nature, he goes from being awful to abominable. His abilities make him a huge threat to Katsa, and an adversary that she must take down if there’s any hope of a peaceful future. 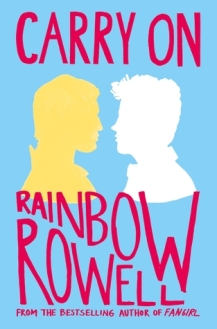 To Kill A Kingdom // The Sea Witch // Although she’s a pretty horrible character, and treats Lira terribly, the Sea Witch makes a good villain because she becomes a goal for Lira to overcome. Her meddling also incites Lira and Elian to unite against her and this creates some of the best scenes in the novel.

Carry On // Baz // When we first meet Baz in Carry On, he’s portrayed through Simon’s eyes as the villain during those initial chapters he quickly became one of my favourite villains. That is, until I got further into the book, read more chapters from Baz’s POV and realised he’s more of a fluffy, lovable rogue than a villain. Baz enjoys creating a little chaos, but doesn’t want to see anyone hurt, and as his relationship with Simon deepens, he becomes softer and more caring.

Moxie // The high school headteacher/misogyny // In Moxie, there’s not a set ‘villain’, but the head teacher embodies this role at various points by enabling sexism and blaming the girls who try to stand up against it. The wider villainous concept, though, is misogyny. The school’s (and many of the teachers’) values prioritise boys over girls and treat girls as inferior, holding them to higher standards than their male counterparts. But Viv, the protagonist, stands up against this malevolence, and equality triumphs. 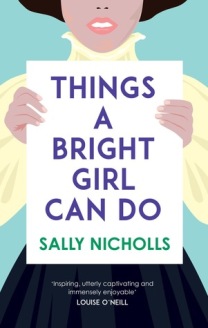 Things A Bright Girl Can Do // Inequality // The main villain in this book is inequality, brought about by men who believe they should have more power than women and try to hold onto that power by refusing to give women the vote. The suffragettes take on the role of heroes, and thankfully, as history shows, the villain doesn’t win.

Convenience Store Woman // Social expectations // As we learn throughout the book, Keiko’s opposition has always been social expectations and judgement. She’s never quite fitted in and has learned to imitate other people’s mannerisms to make herself feel more a part of society. But society dictates she should get married and have children and because she has no interest in these things, people begin to talk about her, threatening her sense of ‘fitting in’. In this way, social expectations from others become the villain on the story.

The Hobbit // Smaug // Just for fun, here’s one final villain who’s dangerous, bitter, and integral to the story. Smaug is the prototypical dragon villain. He represents greed and power, and his conversations with Bilbo strike a brilliant balance between funny and tense.

Which villains do you think are perfect for their story? Are there any that you really like or really despise?

12 thoughts on “Top Ten Tuesday: Villains and villainous concepts that will keep you enticed”

It's a bank holiday weekend here in the UK, which means I have tomorrow off work. ☀️ I'm looking forward to getting some blogging, editing, and admin done tomorrow, and maybe even some reading if I have time. 😂 I also have an exciting announcement coming tomorrow at 1pm tomorrow, so if you're curious then make sure to check out my Twitter. 👀🌈 QOTD: What are you up to this weekend? . . . . #bluebooks #bluespines #thedeckofomens #thedevouringgray #summerbirdblue #loveboattaipei #titanbooks #ponti #otherwordsforsmoke #diversebooks #booksofig #bookstacks #booksaremylife #readergirl #bookstagramfeatures #readingthroughinfinity #bookstagramuk #flatlaystyle #bookishphotos #bookblogger #ownvoicesbooks
Last week I was lucky enough to win a copy of The Mercies in @librarylooter's giveaway, and I'm really looking forward to reading it! It's a queer historical novel with a sapphic romance, so I'm hoping to read it during pride month. 🌈💕 QOTD: Tell me a book with a blue cover that you love? . . . . #themercies #booksarelife #booksandbeans #panmacmillan #sapphicbooks #lgbtqiabooks #queerbooks #lgbtbooks #readtherainbow #readwithpride #pride2020 #pridebooks #bluebooks #flowersandbooks #booksandtea #readersgonnaread #readersquad #historicalfiction #booksfordays #booknerdsunite #bookgiveaway #readingthroughinfinity #bookblogger #bookishphotography
How's your week going friends? I hope you're well. 💗 I received some wonderful book mail last week that I want to share. The wonderful @whatdoreads sent me a copy of You Asked for Perfect and the brilliant @kirstyreadsblog gifted me a copy of Laura Dean Keeps Breaking Up With Me. Thank you both so much for these gorgeous books! Both are queer, so I'm saving them for pride month. 🌈 QOTD: Are there any books you're saving for pride month? . . . . #youaskedforperfect #lauradean #lauradeankeepsbreakingupwithme #graphicnovels #queerbooks #hereandqueer #newbooks #pridebooks #pride🌈 #pride2020 #junereads #bookstagramuk #rainbowbooks #teaandbooks #readtherainbow #readersunite #lgbtqiabooks #lgbtbooks #readingthroughinfinity #rainbowaesthetic #booksaremybag #bookmagic #bookishlove #readingtime📖
I just uploaded my Easter Readathon vlog (link in bio!) and I'm currently filming part 1 of my Asian Readathon vlog. (Part 1 will be the first two weeks of May and part 2 will be the second two.) These are a few of the books I've read (or I'm hoping to read) so far in May. 😊☀️ QOTD: What have you read so far in May? . . . . #asianreadathon #thistimewillbedifferent #wickedasyouwish #thedownstairsgirl #asianheritagemonth #maytbr #rinchupeco #booktube #bookblogger #readersofinsta #asianreadathon2020 #booksaremagic #bookstagramuk #readerscorner #bookaesthetic #booksandshares #booksgalore #booknerds #booksandsunshine #ownvoicesbooks #weneeddiversebooks #bookflatlay #teaandbooks
QOTD: Are there any covers that immediately drew you in when you first saw them? The cover of Docile had me intrigued from the moment I saw it. This is an adult dystopian novel about Elisha's fight against capitalism, servitude, and Dociline, and his fight *for* love and happiness. Huge thanks to @jamieleenardone and @torbooks for sending me a copy of this! I'm hoping to read this in May or June and I can't wait to pick it up. (I've heard that this book has a lot of content warnings, so please be aware of those before going in.) Hope you're all safe and well. 💗 . . . . #docile #kmszpara #torbooks #torpublishing #pinkbooks #bookblogger #booktube #solitaire #redwhiteandroyalblue #everythingleadstoyou #maytbr #capitalism #dystopian #bookcovers #bookphotograpy #readersofinsta #readingthroughinfinity #booksgalore #bookcoverart #flowersandbooks #dystopianbooks #bookstagramuk #bookaesthetics #readingnook
It's 1st May which means Asian Readathon starts today! These are a few of the books I'm hoping to read throughout the month. QOTD: What are you hoping to read in May? Are you taking part in Asian Readathon? . . . . #asianreadathon #asianliterature #mayday2020 #wickedasyouwish #thistimewillbedifferent #thedownstairsgirl #thekingdomofback #thenakanothriftshop #thequeensassassin #sorcerertothecrown #asianbooks #asianreadathon2020 #readingthroughinfinity #bookblogger #bookfeatures #readingallday #asianpacificamericanheritagemonth #bookphotograpy #bookspines #booksonbooksonbooks #bookishaesthetic #paperbackbooks #hardbacks #maytbr #springbooks #booksandflowers