It’s July, which means we’re just over halfway through the year and it seems like the perfect time for this tag. (And I am freaking out about the fact that I’m still six books behind on my Goodreads goal, so it’s relevant.) 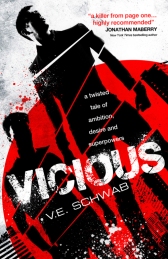 Vicious was one of the first books I read in 2018 and it absolutely stunned me. It was so different to anything else I’ve read (even by my queen V) by a long shot, and I kept asking myself at various points ‘how is this book THIS GOOD?’

New release you haven’t read yet but want to 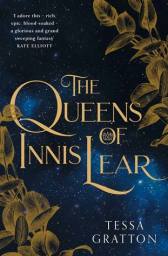 This was recently released in May, and I was lucky enough to get a copy for my birthday, but I haven’t picked it up yet. It was on my TBR for Tome Topple readathon but I didn’t manage to get to it.

Most anticipated release for the second half of the year

There are so many books I’m excited for in the coming months, but at the top of my list has to be Vengeful. I’ve already read City of Ghosts, which was my second most anticipated release for 2018, so this is firmly at the top of my list. As far as sequels go, I feel like this one is going to be intense, and V’s sequels always live up to her first books, so I can’t wait to see how Vengeful matches up to Vicious.

Biggest disappointment of the year

I was expecting magic and adventure in this YA fantasy novel, but instead all I got were dull characters, a one-dimensional plot, and some uncomfortable moments where an 18-year-old tries to flirt with a 13-year-old. Ew, no. Green’s writing style lacked fluidity and cohesion, and I spent most of the book feeling very underwhelmed.

Biggest surprise of the year

I wasn’t expecting to love this book, but, surprise, I did! Alexandra Christo has crafted a thrilling sea tale of pirates and sirens, and the characters are so easy to like, even when they’re meant to be villains. What can I say, I love a good anti-hero (especially when they’re a woman) and I love a good redemption arc.

I’ve been meaning to read Radio Silence for at least a year now and yet, somehow, I ended up buying and reading I Was Born For This first?! I don’t know either. But, I loved Alice Oseman’s diverse characters, and was captivated by her gentle writing style and open, honest exploration of mental health. After reading this, I’m even more keen to get to Radio Silence.

It’s a toss up between Levi from Ace of Shades and Victor from Vicious, but since I’ve already mentioned Vicious   three times now in this post, I went with Levi. His charisma and empathy made him instantly likeable for me, and I enjoyed the fact that he’s street smart, but is also sensitive and cares a huge amount for the other teens in his gang.

A book that made you cry 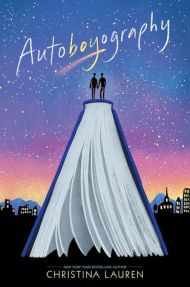 OK, here’s the deal. As far as I can remember, so far this year, I don’t think a single book has made me properly cry (guess, I’m the ice queen). But a certain scene in Autoboyography made me tear the heck up. It was such a cute and emotionally-charged scene and I ended up tearing up with happiness. The tears were almost out of my eyes, so I’d say that counts.

A book that made you happy

Although slightly to short, this story made me very happy. It’s about a superhero’s intern and a supervillain’s intern who meet and begin to fall in love. It’s cute, dramatic, and so enjoyable. Please read it.

This is not only the best book-to-film adaptation I’ve seen this year, but perhaps the best I’ve seen ever. Love, Simon is sweet, heart-warming, and incredibly positive about queer identities and sexualities.

As usual, I’m still woefully behind on reviews, but I quite like my review of Starfish by Akemi Dawn Bowman. It was a joy to write and I got to include a little thematic analysis too. 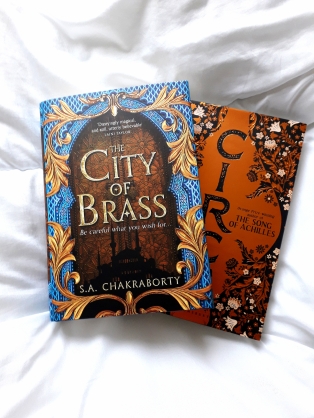 It’s a tie between these two hardbacks. *heart eyes* Not only are the dust jackets gorgeous, but the inside hardback cover of Circe also has an inlaid pattern in the same colours. We’ve been blessed by the cover gods.

What books do you need to read by the end of the year? 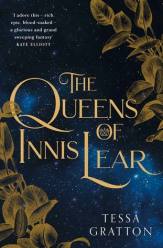 All these chunks. The good news is I’ve just finished Strange (loved it), so there’s one ticked off. The bad news is I have to wait another two and a half months for Vengeful.

I’m not going to tag anyone, since I did this for my own enjoyment, but if you’d like to do it yourself (would highly recommend) then consider yourself tagged.

Which have been your best and worst books of the year so far? Is there a book that you still really need to read, or one that you’re looking forward to later in the year?

Today's #fffebruaryreads prompt is your favourite F/F book. I find it hard to pick just one favourite, so here are a few. I have a confession to make though: I still need to read The Lady's Guide to Celestial Mechanics! QOTD: What are your favourite F/F books? . . . . #evelynhugo #thesevenhusbandsofevelynhugo #bellerévolte #theladysguidetocelestialmechanics #everythingleadstoyou #prioryoftheorangetree #priory #lesbianromance #sapphic #lgbtpride #lgbtqiabooks #queerbooks #bookclubsofinstagram #lgbtbookclub #equalityforall #readtherainbow #readwithpride #fffebruary #booknook #audiobooks #readmorebooks #latergramming #flowersandbooks #flatlayoftheday #bookcoverlove
Today's prompt for #fffebruaryreads is a sci-fi or fantasy F/F book. I'm picking Moonstruck for this prompt because it's a whimsical, sweet fantasy graphic novel with a sapphic romance and I low-key love it. QOTD: Which books do you think of as whimsical? . . . . #fffebruary #moonstruck #graphicnovels #theladysguidetocelestialmechanics #sapphicbooks #queerromance #flatlaybooks #bookaesthetic #flowersandotherstories #fantasybooks #romancereadersofinstagram #readingthroughinfinity #bookbloggersofinstagram #everythingleadstoyou #evelynhugo #bellerévolte #bookcollector #graphicnovelart #readingchallenge #gayromancenovel
Happy release day to @jennifercarolyn and Break the Fall! This book is about gymnastics, family, being part of a team, and overcoming the odds. It discusses the importance of chasing your dreams and looking after your mental health. Thanks so much to @teambkmrk for sending me a copy! 😊💗 QOTD: If you went to the Olympics, which sport would you want to take part in? . . . . #breakthefall #breakthesilence #jenniferiacopelli #gymnasts #mentalhealthmatters #gymnasticslife #olympicgames #bookblogger #flatlaystyle #flatlaybooks #yafiction #yacontemporary #readerscommunity #readingthroughinfinity #booknerdigans #mentalhealthcare #teaandbooks #newbooks #bkmrk #teambkmrk #booksaremybag #paperbacks #bookphotograpy
Today's prompt for #fffebruaryreads is a book by an LGBTQ+ own voices author. I wanted to share a book that I'm really excited about, so I went for Dangerous Remedy by @katalicedunn, as it's one of my most anticipated releases of 2020. . This story has multiple queer characters (and an F/F relationship) and the author is also LGBTQ+. 😊💗 I'm honestly in love with the cover and the premise sounds amazing: powerful women, swordfights, bi rep, and the French Revolution. I'm fully on board the hype train. 🚄🌈💗 . . . . #dangerousremedy #katdunn #zephyr #fffebruary #queerbooks #yabookstagram #bookaesthetic #booksarelife #bisexual🌈 #lgbtqbooks #frenchrevolution #2020books #flatlaystyle #bookflatlay #booksandmaps #debutnovel #yafantasy #booksandflowers #readersofinsta #readwithpride #readtherainbow #queerromance #queercharacters #sapphic #bookishnook
Today's #fffebruaryreads prompt is a historical or contemporary F/F novel. I've just started Everything Leads to You this morning, so I'm picking it as my choice. QOTD: What was the most recent contemporary or historical novel you've read? . . . . #everythingleadstoyou #fffebruary #sapphic #lesbianromance #readwithpride #readtherainbow #lgbtqbooks #queerbooks #booksaremybag #bookstagramuk #yabookstagram #bookaesthetic #booksarelife #yacontemporary #ninalacour #readingthroughinfinity #bookblogger #pinkbooks #februarybooks #booksandtea #bookclubsofinstagram
This month, to celebrate @hollieeblog's birthday, I'm reading some of her favourite books. 🎉🥳 These are just a few I'm hoping to pick up! . I actually finished Evelyn Hugo this morning and I'm floored. What a book. What a stunning, powerful, emotional novel. Y'all were spot on when you told me it was amazing. It was completely spellbinding. . QOTD: Which pal's fave books do you think you'd enjoy reading? (Tag them below if you like) . . . . #februarytbr #evelynhugo #thesevenhusbandsofevelynhugo #viper #wehunttheflame #bexhogan #taylorjenkinsreid #heartstopper #heartstoppercomic #aliceoseman #hafsahfaizal #yabookstagram #fantasyfiction #epicreads #booksaremybag #favouritebooks #bookblogger #bookaesthetic #booknerdigans #readingchallenge #readbooks

The Sound of the Stars releaseFebruary 25th, 2020