May is always a pretty good month for weather in the UK, and I feel like I really made the most of it this month. I went to Sheffield for the early bank holiday and spent a long weekend chilling in parks and having BBQs, then later in the month I met up with blogging friends in Birmingham, and spent the late bank holiday weekend one of my best friends, exploring outdoors and baking indoors.

Somehow, I still managed to read.

MY DUDES. I read SIX BOOKS in May. SIX. I’m not kidding. That’s the biggest number full-length novels I’ve managed to read since the beginning of this year. They weren’t quite  the books I’d planned to read (what’s new there), but they were pretty damn close so I’m taking that as a win. I’d planned to read:

But I actually read: 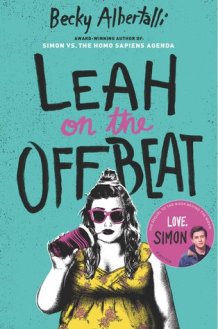 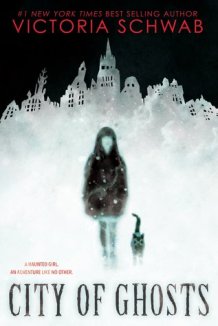 So not quite six for six, but close enough (for me). I was lucky enough to manage to get an ARC of City of Ghosts through #arcsfortrade, so in true Kate style, I dropped everything else to read it. And it didn’t disappoint.

City of Ghosts // Rating: 4.5 stars // This is the first middle grade book that I’ve read by Victoria Schwab, and I absolutely adored it. The plot was enigmatic and enticing, and the characters were well-developed and unique; a ghost, two teens who can see ghosts, two parents who are writers/TV show hosts/ghost hunters, and a sweet-but-burly Scottish man who knows more about spirits than he lets on. Cass and Jacob’s friendship was so endearing that I would honestly read a full trilogy about them (please V, please) and I really liked the fact that their friendship was platonic and didn’t hold any romance. Edinburgh is exquisitely captured in the setting, too, and you can tell that the city holds a special place in the author’s heart.

Leah on the Offbeat // Rating 3.5 stars // After falling in love with Simon Vs The Homo Sapiens Agenda and Love, Simon, I was really keen to read Leah, since I’d heard there was a canon f/f relationship and I want to read more sapphic romance (if you have any recs, I’m all ears). I found Leah’s character a little spiky (read: unkind) to begin with, but as we get further into the story she explains more of her motivations for doing things, and I began to understand her a little better. But there’s a scene in the novel where Leah dismisses another character who’s questioning their sexuality, in essence saying that they’re not queer enough. This idea is never challenged later in the novel and this didn’t sit well with me, as someone who IDs as ‘not fully straight’ (the closest label for me is probably biromantic heterosexual), because it basically implies that my ID – and the IDs of others who don’t fall into one definitive category – isn’t valid. I wouldn’t say I was hurt by this, but I do think it could be harmful to younger readers questioning their sexuality, and could have been handled better.

A Girl Like That // Rating 4 stars // I went into this book without fully reading the synopsis and that turned out to be the best decision I could have made. Something happens within the first few pages (no spoilers) that completely shocked me in a way no other book has for a long time. I was intrigued to carry on and when I did, I found a novel that was intensely character-driven, filled with Indian and Saudi Arabian culture, and all the richer for it.

I Was Born For This // Rating 4 stars // This is the first book by Alice Oseman I’ve ever read and it was a great place to start. The plot sets up a narrative about fandom and how fans interact with famous people, while also exploring the effects fame can have on teenagers. There characters were so naturally diverse that it felt realistic to real life. The rep includes a Muslim character, a bisexual trans character, a black character, and a gay character, and all were well written and nuanced.

Men Explain Things to Me // Rating 3 stars // This was a collection of non-fiction feminist essays, which started off powerfully, but ended rather tamely. Although the publisher seems to categorise this as one long essays split into chapters, for me it was more like seven short essays. This was partly due to the disjointed nature of some of the topics. But, I actually think it worked better this way, as each essay went into depth about a specific sub-section of feminism or historical event. The first two essays were by far the most commanding, offering witty anecdotes and intense criticism of patriarchal norms, but the rest lacked the same force. It also felt like the author came from a white middle-class feminist perspective, and although discussions of feminism within other cultures and minorities were included, it still didn’t quite feel intersectional enough.

The Smoke Thieves // Rating: 2 stars // In The Smoke Thieves, I was hoping to find an exciting fantasy adventure, with some Six of Crows-esque squad goals, and magic galore. What I got was nothing like that. Nothing at all. The characters were bland and I couldn’t make myself care for any of them (which is unlike me), even when they were in danger. They also didn’t interact altogether as much as I was expecting, so there were no Six of Crows squad vibes to be had. The writing was stilted and the dialogue childish in places, and just unbelievable in others. The plot, too, was all over the place, with no real finesse or resolution at the end of the novel. There was also an incredibly awkward scene, where an 18-year-old character attempts to flirt with a 13-year-old character, which was uncomfortable to read and made me almost DNF the book on the spot. Needless to say, I’m not going to continue with this series.

This month I wrote some bookish facts about me so you can learn a little more about my reading habits and the kinds of books I like. I did the Justice League book tag, which was surprisingly fun considering I’m a Marvel girl at heart, and reviewed Milk and Honey, which I read recently, but wasn’t very impressed with.

I also discussed some of the literary worlds I’d love to live in and listed some of my favourite character names in fiction (I guarantee you’ll not be surprised by a few of them).

May was a fun-filled four weeks, but unlike April and March, I managed to balance my reading and social life a lot better.

That’s it for this month! Did you read any good books in May? Did you travel or do anything exciting?