Today I’m excited to share my review for the Vicious Rumer blog tour. This book is an enigmatic thriller about a girl running from her past, a curse, and a mobster, and I’d definitely recommend it for readers into murder mysteries and crime thrillers. I’m slightly late with my post, as my original spot on the blog tour was meant to be two days so apologies for that. Read on for the full review.

Rumer Cross is cursed. Scraping by working for a dingy London detective agency, she lives in the shadow of her mother, a violent criminal dubbed the ‘Witch Assassin’ whose bloodthirsty rampage terrorised London for over a decade.

Raised by foster families who never understood her and terrified she could one day turn into her mother, Rumer has become detached and self-reliant. But when she’s targeted by a vicious mobster who believes she’s hiding an occult relic, she’s drawn into the very world she’s been fighting to avoid.

Hunted by assassins and haunted by her mother’s dark legacy, Rumer must also confront a terrible truth: that she’s cursed, because no matter what she does, everybody she’s ever grown close to has died screaming.

Thanks to the author for sending me a free copy in exchange for an honest review.

This novel is a slow-starter, but once it gets going the pace, action, and intensity never let up. The first scene introduces us to Rumer – a ‘shadow’ working for a detective agency – as she brutally smashes a hammer into the bones of a man’s hand. This throws up a whole host of immediate questions, the most pressing of which is how did she end up in this situation?

The plot goes back in time answer this for us. But while the first chapter is attention-grabbing, the flashbacks that follow end up creating a sedate pace, lacking the same intensity as the opening scenes. This is sometimes the case with thrillers, however, where the action scenes offer such swift plot progression that any character development can seem uneventful and prolonged in comparison.

Here, though, Rumer’s mysterious situation works well with the initial slow pacing, as we’re keen to know more about her (specifically why she’s trying to torture a man with a hammer), and the character development comes as a welcome embellishment. As a protagonist, she’s resilient and innovative, if a little mercurial. Having moved from care home to care home, after the death of her mother, she’s developed strong self-preservation instincts and a mistrustful nature. But despite, having a less-than-charmed childhood, she hasn’t entirely lost her empathy for others, and her grounded pragmatism makes her a likeable character. She’s also a bit of a badass at times, which is always goes down well in my book.

While the narrative starts off a touch laboured, it’s clear that action scenes are where Winning’s writing excels. Every kick, punch, and gunshot is carefully crafted to built up a choreographed picture of the entire scene – one that’s almost cinematic in its potency. The agility with which Rumer races through gun fights and car chases had me reading at break-neck speed to find out what happened next.

The narrative also plays with our preconceptions of truth and lies. It encourages us to question the validity of Rumer’s ‘curse’ (that everyone she loves ends up dying) throughout the novel, even having Rumer herself question whether it’s real. But every time we’re convinced it’s a hoax, Winning throws in a curveball that makes us re-evaluate whether it’s, in fact, real. The author has a real prowess for these twists, with enough betrayals and false-allies to have you guessing all the way to the end of the novel.

One thing I think the book could have done better was expand on its discussions of mental health. Rumer’s mother, Celine, is frequently called ‘crazy’, to highlight her erratic behavior, which ends up perpetuating the stigma surrounding mental health problems. The term ‘crazy’, could have been substituted with ‘turbulent’, ‘volatile’, or ‘preposterous’, all of which hold a similar meaning but don’t carry the same stigma.

The book discusses other issues like family, human interaction, and loneliness with depth and a critical eye. Winning unpacks the human psyche and analyses it from various angles, asking why bad things happen to fundamentally good people, and why we have such big problems trusting one another.

Vicious Rumer blends unusual characters with an unpredictable plot and sharp pacing to create a bold, dexterous thriller. It holds all the elements of an enthralling mystery, and keeps us guessing until the very end.

For more information on the author and the book’s release date, visit the Unbound website. 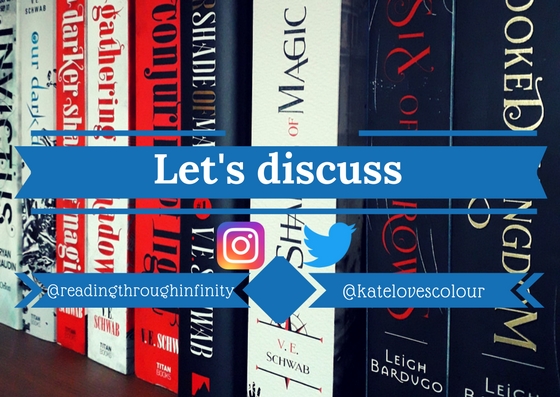