Kiko Himura has always had a hard time saying exactly what she’s thinking. With a mother who makes her feel unremarkable and a half-Japanese heritage she doesn’t quite understand, Kiko prefers to keep her head down, certain that once she makes it into her dream art school, Prism, her real life will begin.

But then Kiko doesn’t get into Prism, at the same time her abusive uncle moves back in with her family. So when she receives an invitation from her childhood friend to leave her small town and tour art schools on the west coast, Kiko jumps at the opportunity in spite of the anxieties and fears that attempt to hold her back. And now that she is finally free to be her own person outside the constricting walls of her home life, Kiko learns life-changing truths about herself, her past, and how to be brave. 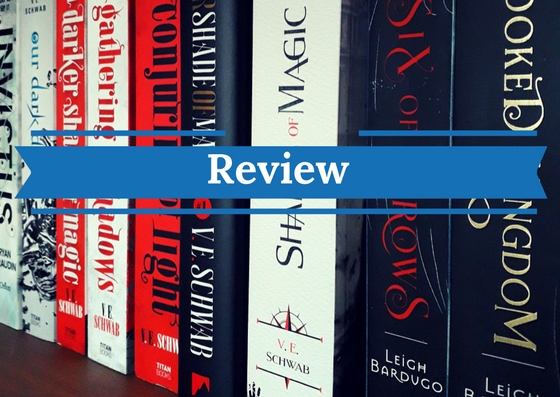 TW for sexual and emotional abuse, anxiety, and attempted suicide.

Thanks to Ink Road for providing me with a free copy in exchange for a review.

Starfish is a moving, sonorous YA coming-of-age story about art, identity, and family. A blend of gentle romance and powerful social discussions, this book is one you definitely want to add to your TBR.

The story follows Kiko, a young Japanese-American girl who gets rejected from Prism art school and must rethink her future plans. She has social anxiety and is an introvert in most areas of her life, except her art, where she comes alive in colour, brush strokes, and creativity. Kiko’s emotions are an open canvas that Akemi Dawn Bowman injects with colour to create depth of character. Her complex feelings are narrated in a sagacious and realistic manner, making her someone you can’t help but empathise with and root for.

Starfish is an own voices novel and diversity is foregrounded beautifully from the first page to the last. Bowman has previously discussed her own struggles with the dual parts of her identity, and these are mirrored in Kiko’s character. Kiko and her brothers are all half-Japanese, her father is Japanese, and Hiroshi and his family are of Japanese heritage, but Kiko still feels out of place in a school where everyone is white and American. Her understanding of beauty comes from her mom, who has a white, western, and distorted view of what is ‘beautiful’. But as she meets others who are also part Japanese and happy in their identities and appearances, she realises that her mom’s ideas about beauty are narrow-minded, negative, and incredibly damaging. She also begins to see the subtle nuances of Japanese culture and embrace her differences rather than reject them. This sublime character progression adds to the book’s uplifting tone.

‘I draw five Japanese women with very different faces, but all of them are equally beautiful because beauty is not just one thing.’

The representation of social anxiety in Starfish is insightful and sensitive, and I’ve never read a book that goes into as much depth as this one does about what it feels like to deal with anxiety on a day-to-day basis. Kiko describes feeling like her heart is going to explode when trying to talk to others at a party and gets a tightness in her chest when talking to her mom. She feels uncomfortable in situations that would seem ordinary to people without anxiety, and this serves as a powerful reminder that we all experience the world differently.

The narrative sets up the tone of each scene perfectly; the writing is bold and unguarded if the scene is intense, but becomes softer, nurturing, and more metaphorical if the scene is a gentle one. This is epitomised in the juxtaposition between what Kiko wants to say – fearless, daring words, and what she actually says – guarded, reserved words.

WHAT I WANT TO SAY:
“Because disagreeing with my mom is the reason she doesn’t like me. I don’t want it to be the reason you don’t like me either.”

WHAT I ACTUALLY SAY:
“I can’t really tell when people are mad at me.”

As the plot progresses, so does Kiko’s confidence in speaking her mind; the moment when she finally says exactly what she’s thinking to her mother is a triumphant one and I found myself cheering along with her.

The plot itself relatively simple – Kiko must decide what path to take now Prism isn’t an option – but the numerous sub-plots and twists keep the story fresh and engaging. Romance is central to the story, but secondary to Kiko’s aspirations, which I absolutely loved. Often romance novels fall into the familiar trap of foregrounding love as the only endgame for the female character’s story arc, but Bowman deftly avoids this trope, instead promoting the message that your career and life choices can come first without making you a bad or selfish person. This is a rare ideology in romance novels and it’s empowering to read.

The plot of Starfish unfolds around some serious issues, such as emotional manipulation and sexual abuse, and the narrative surrounding them is sensitive yet potent. The behaviour of Kiko’s uncle is vehemently condemned and the importance of consent reinforced. Bowman also shows the vindictive nature of gaslighting in the small ways Kiko’s mom tries to make Kiko doubt herself and the experiences she’s been through.

‘I draw a girl breaking apart the sun until one star becomes a hundred stars, because she wants to cover the world in beauty.’

One of the most surprising facets of this book was the discussion of art forms. Kiko enjoys painting and finds it the most satisfying medium, until Hiroshi, her mentor, suggests her true talent lies in drawing, and asks why she doesn’t do more sketching. Surprised, she responds that drawings feel unfinished and lack colour. Despite being an artist, for a moment, Kiko is all of us – a mainstream audience who values colour, vibrancy, and patterns over pencil strokes. But Bowman uses this sub-plot to remind us that the pencil is just as mighty as the paintbrush. Kiko’s transition from painting to drawing serves to emphasise that sketching is just as valid, intriguing, and creative as painting, and doesn’t have to be seen as ‘unfinished’.

Starfish is about finding the courage and beauty inside ourselves when we need them most. It encourages us to unlearn internalised biases and take chances on new opportunities. It’s a love letter to all the different intersections of our identities. It’s compassionate, mesmerising, and we could all learn a great deal from Kiko’s story.

Starfish is available to buy now from Amazon, Book Depository, and other outlets so be sure to pick up a copy, and don’t forget to check out the other stops on the blog tour! 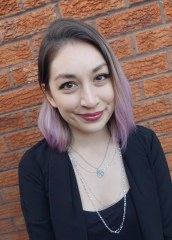