Tuesday is always sneaking up on me!

I could definitely make this my ‘top twenty’ rather than my ‘top ten’ because I have so many idea, but I’ll pick my favourites for this list!

1.  Of Fire and Stars by Audrey Coulthurst

Two princesses from rival kingdoms fall in love with each other while having to save their worlds from destruction. It’s LGBTQIA+ and own voice. So much yes. Sign me up.

I’ve been meaning to buddy read this with a friend for such a long time but I wasn’t able to find it in any shops before I left for Japan, so if Santa could just pop me a copy under the tree that would be stellar.

3. The Vegetarian by Han Kang 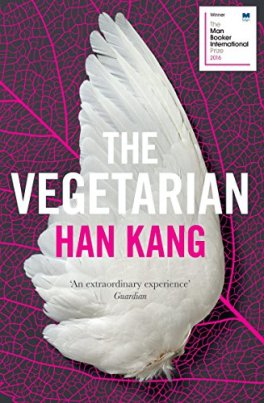 I’ve been wanting to read this ever since it won the Man Booker Prize (months ago whoops) so if St Nick, my parents, or a benevolent librarian could slide this under my Christmas tree I’d be incredibly happy! 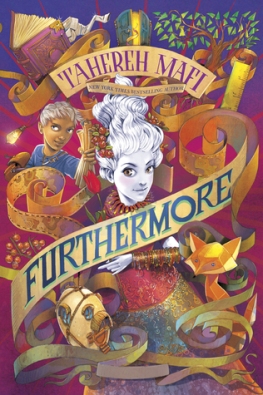 Furhtermore sounds like so much fun, and I really want to pick it up in early 2017.

This book has been on my TBR for quite some time and it’s just fallen down the list as I’ve prioritised and picked up other books. But it involves magic, palaces and an underdog so it’s right up my street and I’d love to pick it up soon! 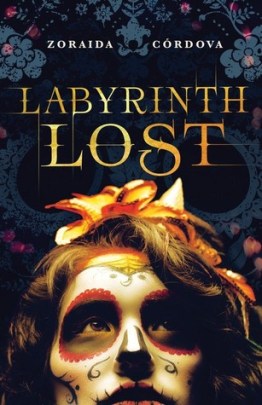 Not only is the cover beautiful, but the story is own voices and centres around a Latina MC, who is a witch living in Brooklyn. I have a mighty need.

7. The Princess Saves Herself in this One by Amanda Lovelace 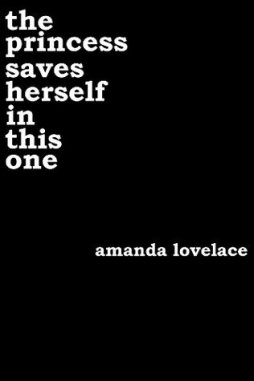 I’ve heard such wonderful things about this poetry collection and it recently won a Goodreads choice award, so I really want to add it to my shelf. It’s about feminism, empowerment and understanding your worth – all things which I am here for. Plus, I don’t read enough poetry and recently I’ve been wanting to rectify that.

8. The Star-Touched Queen by Roshani Chokshi

Every time I see this book and read the synopsis I mentally move it higher and higher up my TBR. And right now, it’s in the top ten.

9. Simon vs. The Homo Sapiens Agenda by Becky Albertalli 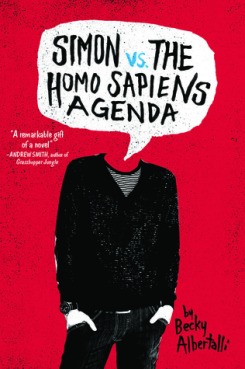 I’ve wanted to read this for ages, so if someone just happened to put it under my tree I’d be ecstatic!

No matter what time of the year, I’m permanently eager to read more of V. E. Schwab’s books, and The Archived has been really piquing my interest recently. Plus, look at that cover, what a winner.

Which books are you guys hoping to get for Christmas this year? Is your Christmas list basically 99% books like mine? Let me know!

I finished Loveboat, Taipei today and loved it. It's about Ever Wong, whose parents send her to Taipei for the summer to enroll in Chien Tan. Chien Tan is supposed to be a summer school for learning and study, but Ever soon finds it's far more than that. Loveboat, Taipei is beautifully written, uplifting and emotional (the first book I've shed tears over in 2020). If you're a contemporary fan and looking for more diverse books, I can't recommend this one enough. 😊 . . . . #loveboat #loveboattaipei #abigailhingwen #simonkids #simonandschuster #taipei #yabookstagram #romancebooks #ownvoices #diversebooks #readingthroughinfinity #booknerdigans #bookbloggers #taipeigram #readingya #readerlife #booksandtea #2020books #booknerds #bookishtears
I was lucky enough to get these two stunning copies of The Starless Sea for Christmas and I can't stop taking photos of them because they're so beautiful. 😭💗 One of them was from the wonderful @hollieeblog who managed to get it SIGNED for me by Erin Morgenstern! Still can't believe I have a signed copy. QOTD: What was the last book you got (or bought) signed? . . . . #thestarlesssea #erinmorgenstern #starlesssea #fantasyreader #bookblogger #bookaesthetic #signedbooks #readersofinsta #readingthroughinfinity #starless #thenightcircus #nightcircus #magicalbooks #bookdragons #booksandflowers #bookmagic #hardbackbooks #newbooks #readmorebooks #readingislife #ilikebigbooksandicannotlie #bookbloggerlife
*Little Mermaid voice* Look at these books, aren't they just neat? Wouldn't you think my collection's complete? 😍 My Grandma kindly bought me A Conjuring of Light for Christmas, and it was the last book I needed to complete my set of Shades of Magic collector's editions. These are the UK collector's editions and I absolutely LOVE them. The dust jackets match each other so well and the art inside is just amazing. They look so good together that I just had to take more photos. 😊 Tldr; I adore this series. QOTD: Which special editions do you collect, if you collect them? . . . . #adsom #shadesofmagic #redlondon #adsomfeatures #schwabstagram #veschwab #victoriaschwab #londons #adarkershadeofmagic #agatheringofshadows #aconjuringoflight #collectorsedition #bookblogger #bookcollector #bookaesthetic #pagesandpages #booknerdigans #fantasyreader #cartography #fantasymaps #mapart #bookseverywhere #readingthroughinfinity #fantasybooks
My Dad got this for me for Christmas because he knows I'm trying to be more environmentally conscious and he thought I'd enjoy it. And he was right. It's an ideal book for dipping in and out of and getting a few tips on how to be as green as possible. Some of the suggestions we already do, but others we hadn't thought about, so its given me a few new ideas, which is great. QOTD: What do you do to be environmentally friendly? . . . . #livegreen #ecofriendly #greenearth #nonfictionbooks #savetheenvironment #recyclingideas #sustainabilitymatters #ecotips #jenchillingsworth #quadrille #ecowarriors #earthhour #bookflatlay #bookfeatures #bookaesthetic #greenbooks #readingthroughinfinity #bookblogger #bookcollector #bookblogging #paperrecycling #zerowastegoals #bookstagramuk
Happy release week to A Throne of Swans! This is a brand new YA fantasy about Aderyn, whose family bloodline means she should be able to turn into a swan. But Aderyn hasn't been able to transform for many years, and has kept this secret. When her father dies, she inherits the role of Protector of Atratys, just before her 17th birthday. From there, she must venture to her uncle's ruthless court, keeping her secret hidden while seeking truth and revenge. I was lucky enough to win a copy of this at YALC and I'm looking forward to reading it! QOTD: Which January releases are you looking forward to/have you picked up already? . . . . #athroneofswans #hotkeybooks #yabookstagram #yafantasy #teaandbooks #booksandflowers #bookflatlay #bookblogger #readingthroughinfinity #booknerdigans #readinggoals #readingislife #swansofinstagram #hotkey #januarybooks #yalc #ireadya #fantasyfiction #aderyn #bookbirthday
This is the last of my Christmas photos, I promise 😂 Just before the holidays, the fab people at @pushkin_press sent me these two exciting books. A Woman in the Polar Night is a classic memoir of painter Christiane Ritter's move from Austria to the remote Arctic island, Spitsbergen. She begins her journey horrified at the cold temperatures in her tiny hut, isolation, and lack of equipment. But she soon grows to love the harsh beauty of the island. Miss Island is, similarly, about a woman who moves to a cold, intensely beautiful area. In Reykjavik, she plans to spend her days writing her manuscript and sharing an apartment with her queer friend. But she quickly learns that her field is male dominated, and she'll have to write as an outsider to get to the inside. I'm looking forward especially to picking up Miss Iceland, which releases in June in the UK. QOTD: What are you looking forward to in January? . . . . #missiceland #awomaninthepolarnight #pushkin #pushkinpress #adultfiction #feministbooks #2020books #bookflatlay #bookblogger #readingthroughinfinity #readersofinsta #icelandic #spitsbergen #bookaesthetic #bluebooks #literaryfiction #readingbooks #bookworms #readingeveryday