November 29: Holiday Gift Guide freebie (ten books to buy the YA lover in your life, 10 books to buy for your dad, etc.)

For this week’s theme, I decided to go for ten books that you should buy for a friend/family member/random stranger who likes Asian-inspired stories. Be it fantasy, contemporary or even 11th century literature, I tried to include a variety of books on this list to suit readers of different tastes. (Totally influenced by the fact that I’m in Japan but what can you do.) Some of these books I’ve read and some I’ve heard great things about and am desperate to pick up!

1.  The Tales of the Otori series by Lian Hearn

I’ve only read the first two books in this series, but I definitely want to continue to at some point. Tales of the Otori is inspired by feudal Japanese history and revolves around Takeo, who must train to become an assassin after a terrible event befalls his family. I remember being captivated by the books, as they were some of the first I read that were set in East Asia.

2. A Concise Chinese-English Dictionary for Lovers by Xaiolu Guo

This book is about a young Chinese woman, who calls herself Z, arriving in London for the first time and trying to improve her English. As the story progresses, we see her English improve, showing an interesting take on character development. I read this story a few years ago and enjoyed its original style and voice. (Also can we talk about how pretty both the title and cover are?) 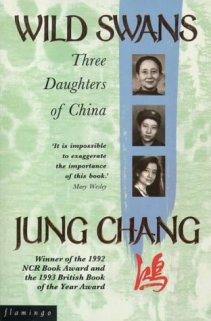 OK, confession time: this book has been on my TBR for about eight years. No joke. I’ve wanted to read it for such a long time, but have yet to pick it up for some reason. Which is a shame because it sounds incredible. The book is about three generations of women living in China, and has been translated into more than 30 languages. At nearly 600 pages, it’s no quick read, but is apparently supremely gripping. (And it’s the only non-fiction on this list).

4. The Master of Go by Yasunari Kawabata 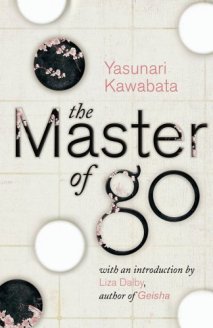 This book is one I only discovered recently, but I added it to my TBR straight away because it’s about the Japanese board game Go (which I’ve seen people play in Osaka and it looks amazing). The book revolves around a game of Go played in reverse between a master and a young student, exploring the collision of past and present, young and old.

This series is my achilles heel at the moment because I’ve been wanting so desperately to read it (and was meant to buddy read it with a friend), but couldn’t get hold of a copy before I left for Japan (and I’m keen for a physical copy rather than an e-book). Inspired by Japanese history, Jay Kristoff (of Illuminae fame) weaves together a story of warriors, shoguns and unlikely friendship. The perfect gift for Japanophiles (like me). (Also that is an actual word, believe it or not!)

6. The Wangs vs. The World by Jade Chang

I just finished reading this book (you can find my full review here) so it’s still very fresh in my mind. The story is about a Chinese immigrant family, who lose their fortune and have to make a road trip across America as a result. The trip allows them to reconnect with one another, and the novel really explores intimate human relationships and how we construct our identities. 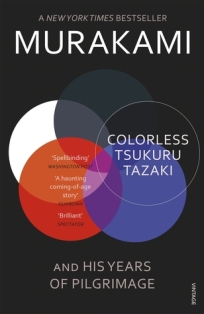 This book is sitting on my TBR pile at home, and I honestly wish I’d brought it with me. Tsukuru, the main character, had three friends in school who all had colours in their names (hence the colours on the front of the book). He was the colourless one in their friendship, but this never stopped them from forming close relations, until one day the other three cut ties with him completely, offering no explanation for why. The novel has been praised for its rich in characterisation, and being set in Japan, it’s ideal for anyone wanting to read more about Asia.

8. The Tale of Genji by Murasaki Shikibu

This book is perfect for any Asia enthusiasts because it’s basically the foremother (it was written by a woman so I’m not going to call it the forefather) of modern story-telling. It was written in the 11th century and is widely acknowledged as the world’s first novel. The Tale of Genji is set in medival Japan and describes court life during the Heian period. I have a beautiful hardback cover on my shelf (that I managed to get for £3!) and I’m eager to delve into it.

9. The Vegetarian by Han Kang 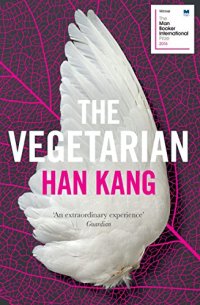 This book came out last year and won the Booker Prize, so I’ve been desperate to read it for a while. The story is about Yeong-hye who decides to become a vegetarian in a Korean society where doing so is an act of subvertion. It’s told from three different perspectives, that of her husband, her brother-in-law and her sister. The book was originally in Korean and has been translated.

10. Memoirs of a Geisha by Arthur Golden

I couldn’t write a list about Asian-inspired literature without including one of the most famous novels out there. Memoirs of a Geisha is a classic piece of work, that recounts the (fictional) life of a Kyoto geisha before and after WWII. I’m sad to say, I got half way though this novel and then took a break while I read some other books and never picked it back up again. But after having been to Kyoto in person, I’m definitely going to continue it when I get home.

OK, there seem to be quite a few more books about Japan on this list! But what can I say? The bias is strong. There are also quite a few that I’ve yet to read, but I wanted to discuss a few of them regardless because they sound like excellent gift books.

I’d love to hear if you’ve read any of the books above, or if you’re considering picking them up! As usual, link me to your TTT posts too!