When I was writing yesterday’s Top Ten Tuesday post, I suddenly realised how many series I have in progress that I haven’t yet finished.

It’s not that I’ve got bored with these series. The opposite, in fact. I adore the books I’ve already read, but due to either my recent reading slump in September/October, or not being able to buy the next book in the series because I’m now in Japan, I haven’t got round to finishing them!

These are just a few of the series that I need to continue/finish! I should also note that I’ve tried only to include series that are now complete.

The Grisha trilogy by Leigh Bardugo

I’ve read both of the first two in this series and need to read the final book! Especially since I’ve heard that I have to read Ruin and Rising before I can read Six of Crows because there are spoilers for the former in the latter. 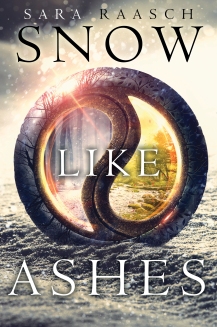 Books I still need to read: 2

I loved the first book in this series, so I can’t for the life of me fathom out why I haven’t picked up the sequel. And now the third book is out too! When I get back from Japan, I may have to buying both and reading them back-to-back to finish the series.

The Abhorsen series by Garth Nix

Books in the series: 5 (and I think it’s complete now but please correct me if I’m wrong)

Books I still need to read: 4 (for shame)

I enjoyed Sabriel so much that I can’t wait to dive back into this world, but I’ve had multiple opportunities to pick up Lirael from the library and haven’t. But, I think I know why. I was reading The Raven Cycle around the same time as I picked up Sabiel, and because those books continue on from one another (whereas Lirael follows different characters to Sabriel) I think that series took over for me.

The Graceling series by Kristin Cashore 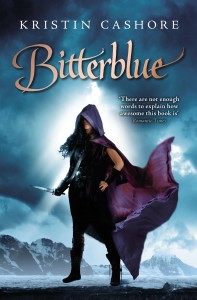 Graceling is one of my favourite fantasy novels, and I thoroughly enjoyed Fire, but for some reason I just haven’t managed to get to Bitterblue yet? Like, I’ve seen it on the shelf in multiple bookstores and chosen other books instead?! Come on Kate, get it together.

The Mortal Instruments by Cassandra Clare 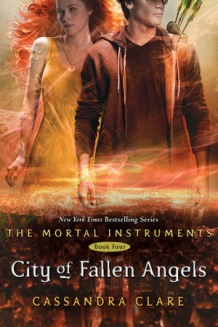 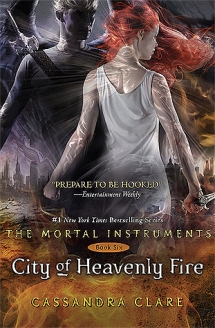 Books in the series: 6

(Yes, WordPress lined them up in a weird, vertical order, I know). Ugh this series has become something of my nemesis. I was hooked on the Mortal Instruments a few years ago, but after leaving too long a gap between reading the fifth and sixth books, I now have little motivation to read the final book because I can’t remember much of what happened in the fifth. Sadly, the poor film adaptation (and now sub-part TV adaptation) served to further dampen my enthusiasm for the series. But I do want to read Lady Midnight, which means I need to get to City of Heavenly Fire first. Perhaps I’ll make it a New Year’s resolution.

Percy Jackson and the Olympians by Rick Riordan

Books in the series: 5

Books I still need to read: 2

I’ve tried to finish this series at least twice and failed both times! I read the first three books a few years ago and then never continued with the others. Then in June of this year, I re-read the third book for TBR-takedown, with the plan of finishing the others, but never picked them up. I do still definitely want to finish the final two books, but I’ll admit they’re not super high on my priority list. Sorry Percy!

So there you have the completed series that I need to finish asap (despite what I just said about poor Percy). Let me know what series you need to finish up and if any of them are on this list!

14 thoughts on “Series I need to finish”