Sorry I’ve been inactive recently, but with arriving in Japan three weeks ago, I’ve been spending a lot of time exploring Osaka and generally being amazing by absolutely everything I see.

I have a couple of Japan posts in draft that I’m hoping to post this week, but first I wanted to give you a quick update about my November plans.

As the title suggests, I’ve – finally – decided to do Nanowrimo this year and I’m actually really excited about it.

For those of you who haven’t heard of it, Nanowrimo – National Novel Writing Month – is an annual project where writers from across the globe challenge themselves to write 50k words of their novel. Of course, the challenge can be whatever you make it, it can be more or less than 50k words, and the style and genre can vary entirely too.

Nanowrimo is a non-profit organisation, designed to help budding and published writers get their novel into the world. You can check out the Nanowrimo website for more details.

I’ve wanted to take part in this project for the last four years, but having always been busy with university, exams or work, I’ve never found the time. This year, however, I have a lot more free time because I’m travelling in Japan, and find myself actually able to do it.

So from 1st to 30th November, I hoping to write at least 30k words of my first fantasy novel. It’s set in a world where there are two types of individuals with abilities – those with transient gifts, whose powers can be stolen or traded, and those with permanent powers, whose abilities cannot be stolen but are generally more passive.

I started with my world, then created the characters, some of whom are not fully fleshed out, but thankfully, I have a few more days to finish penning their personalities and abilities. With the discussions about diversity that have been going on in the book community recently, I’ve been thinking a lot about character diversity and how important it is for every genre of writing. As a result, I’ve tried to give my characters names, ancestry and backstories that will make them as representative of different groups of individuals as possible. To make sure I’m representing different cultures in the way they’d wish to be represented I’m planning on requesting critique and feedback about my writing in the later stages of editing. 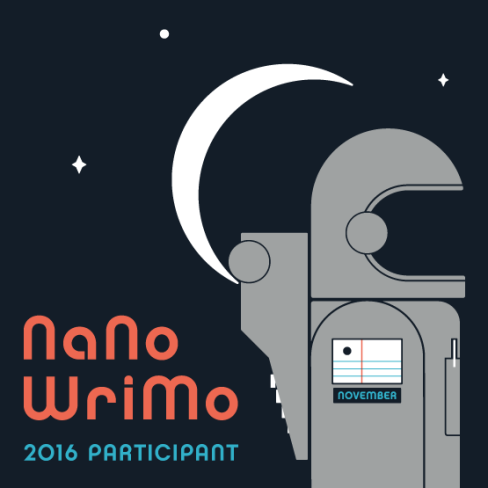 My main issue at the moment comes in the form of plot. I have four potential plots and I just can’t figure out which one I want to run with. Anyone else having this problem?

I’m going to force myself to settle on one idea today and finish planning the details tomorrow. I also currently don’t have a title, but that doesn’t bother me so much, as I normally think of the title towards the end of a story, or it comes to me while the work is in-progress.

Writing begins on Tuesday and I’m excited to get started. I don’t want to spam you all too much so I’ll probably only post occasional updates on here, but if you want you can follow my progress on my author page of the website or on twitter, where I’ll no doubt be asking for advice or crying over my (lack of) plot.

Let me know if you’re also doing Nanowrimo and what you plan to write; I’d love to buddy up with others people taking part! If you’ve done Nanowrimo previously, let me know how it went for you and feel free to give me any tips or advice!